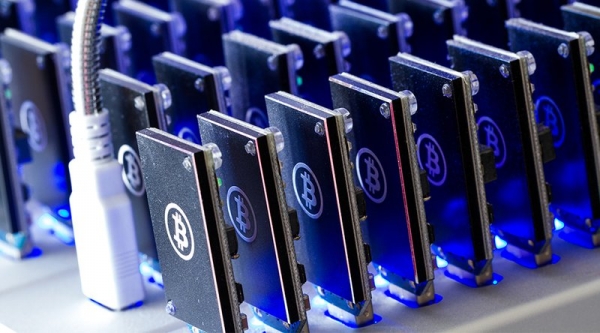 Blockchain technology and cryptocurrency, in particular, is an interesting field that has the whole wide world talking. The performance of Bitcoin on the market in 2017 and the endless use case capabilities offered by Ethereum’s Smart Contracts has made cryptocurrency the hottest topic around the world in these days. But it isn’t just about these two crypto trailblazers; other coins also elicit interest from the public, many of whom are lured into crypto-investments by the promise of making some quick bucks. And so, Litecoin, another seasoned coin also makes the top three of many investors portfolio.

As part of the wider cryptocurrency discussion, this article delves into one of the defining concepts in cryptocurrency: mining. Specifically, we look at how the top three coins undertake mining, comparing algorithms, mining equipment, reward system and so on.

Get a guide on how to mine Litecoin, Ethereum, and Bitcoin.

We first discuss the above concepts in relation to each coin and then summarize by drawing a comparison table.

Ethereum on its part uses the Ethash algorithm which is a memory hard algorithm. It is designed to favor decentralized mining using ASIC-resistant hashing mechanism. At the moment, Ethereum is switching to proof-of-stake with the implementation of Casper protocol.

On its part, Litecoin mining involves the use of Scrypt algorithm. It is a memory hard algorithm that was designed to counter the development of ASICs as it was happening with Bitcoin. Litecoin’s Scrypt algorithm was developed to favor high speed RAM and was ASIC-resistant at the beginning though that has changed with time.

For Bitcoin, the block size is set at 1MB, though there have been calls for it to be increased to 2MB, the issue leading to a hard fork in 2017. The small blocksize has been cited as the reason Bitcoin has a big problem with scalability and huge transaction fees. Bitcoin blocks are verified on an average of 10 minutes, though the Bitcoin network can process up to 7 transactions per second.

Litecoin’s block time is 2.5 minutes compared to Bitcoin’s 10 minute confirmation time. This means that the transactions on the Litecoin network are completed faster than that on Bitcoin’s platform. Litecoin can have up to 100 transactions per second.

The total maximum supply of Bitcoins is set at the hard cap of 21 million coins and the mining reward halves after every four years. It was 50 BTC at the beginning, then 25 BTC up to 2016; today its 12.5 BTC and the next halving will be in 2020. The total circulating supply of Bitcoin is 16.8 million BTC (as of 15 February 2018)

Ethereum does not have a maximum supply. Currently, there are 97 million ETH coins in circulation. The ether miners get 5 ETH as reward for every successful transaction verified on the network. The implementation of Casper will replace mining with “staking” and there has been a talk about limiting the supply of Ether to just above 100 million coins.

Litecoin has a hard cap supply of 84 million LTC and right now there are 55 million coins in circulation. Litecoin block rewards halve every 4 years just like with Bitcoin. The current block reward is 25 LTC for every valid block added to the blockchain.

Bitcoin’s SHA-256 algorithm allows the use of ASICs in mining. The development of ASICs means that ordinary miners cannot carry out mining unless they join a mining pool. This scenario has prompted the formation of mining farms, some of which command immense power. Though not inherent, mining farms can pose a security threat through the acquisition of 51% mining power. It is also criticized as a centralization of the network.

Ethereum’s use of Ethash mining consensus means that the system promotes the use of GPUs in mining. Ethereum mining is unlike Bitcoin mining because of its memory hard hashing that is ASIC-resistant. You can carry out GPU mining effectively on the Ethereum network as opposed to Bitcoin. However, these will all change once Ethereum shifts to Proof-of-Stake consensus mechanism during the launch of serenity.

Litecoin, on the other, hand has an algorithm that was designed to allow mining with RAM units rather than processing power. Being memory hard, Scrypt supports the use of CPU and GPUs for mining. However, like Bitcoin, some miners have found a way to develop ASICs that target Litecoin mining. At the moment you can still mine Litecoin using GPUs compared to Bitcoin where ASICs dominate.

Bitcoin mining vs. Ethereum mining vs. Litecoin mining – which one has the highest profitability and ROI when all factors have been considered? To get this you would need to calculate the profitability index of each coin, bearing in mind the hardware type, hashrate, as well as the electricity costs.

Though not as profitable as in the beginning, mining can still work for you if you have the right equipment you are good to get started with mining. If you wish to try mining of the above three coins, you should consider the above factors.