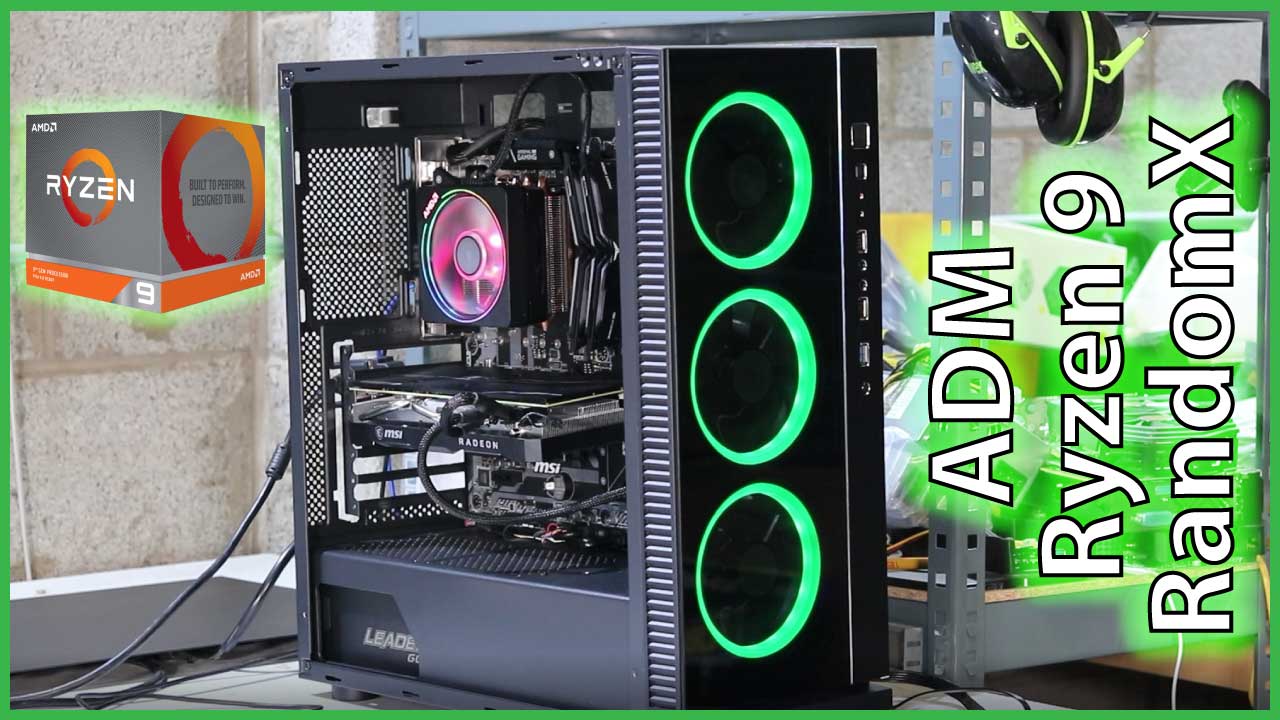 Monero is one of the oldest and most reliable anonymity – untraceable crypto currency. Major upgrade for Monero network is expected on 30th November 2019.

There will be changed prof of work mining algorithm, to something called RandomX. Current data shows that it will be the most efficient to mine with CPU. AMD latest generation CPUs should be most efficient. Few weeks ago we where testing out most of the Intel CPU, you can read about it here.

After getting our hands on Ryzen 9 3900x and Ryzen 7 3800x , we can approve that it is true. AMD Ryzen series CPUs outperforms Intel i series CPU by a mile mining RandomX.

As there are few of the coins switched to RandomX mining algorithm already and one of them is Loki. So on stock settings everything out of the box we where hashing Loki at 11500 h/s. Which is about 5x then in our previous best tests with Intel i7 8700k out of the box 2360 h/s. Power usage from wall is 260w.

So we tried to push little more speed on the Ryzen 9 CPU , by overclocking it in motherboard BIOS. Changes done :

This setting got me up to 12650 h/s mining RandomX. I was playing around with different kind of ram stick , and seen significant mining performance decrease with lower performance ram. So i have on the way 4x3600mhz 8gb stick and will do a proper performance test when they arrive.

So the 12650 h/s if you would be available mine monero today would be 3.5 usd , even that it got 10% price drop today. But you know it is not the case, impossible to predict what kind of total network hashrate will be when Randomx launches. As the total network mining structure will change and the current hardware will be unprofitable. Current Monero network hashrate is around 300 mh/s.

Im eager to see what RandomX mining will bring to Monero mining. What is your thoughts?