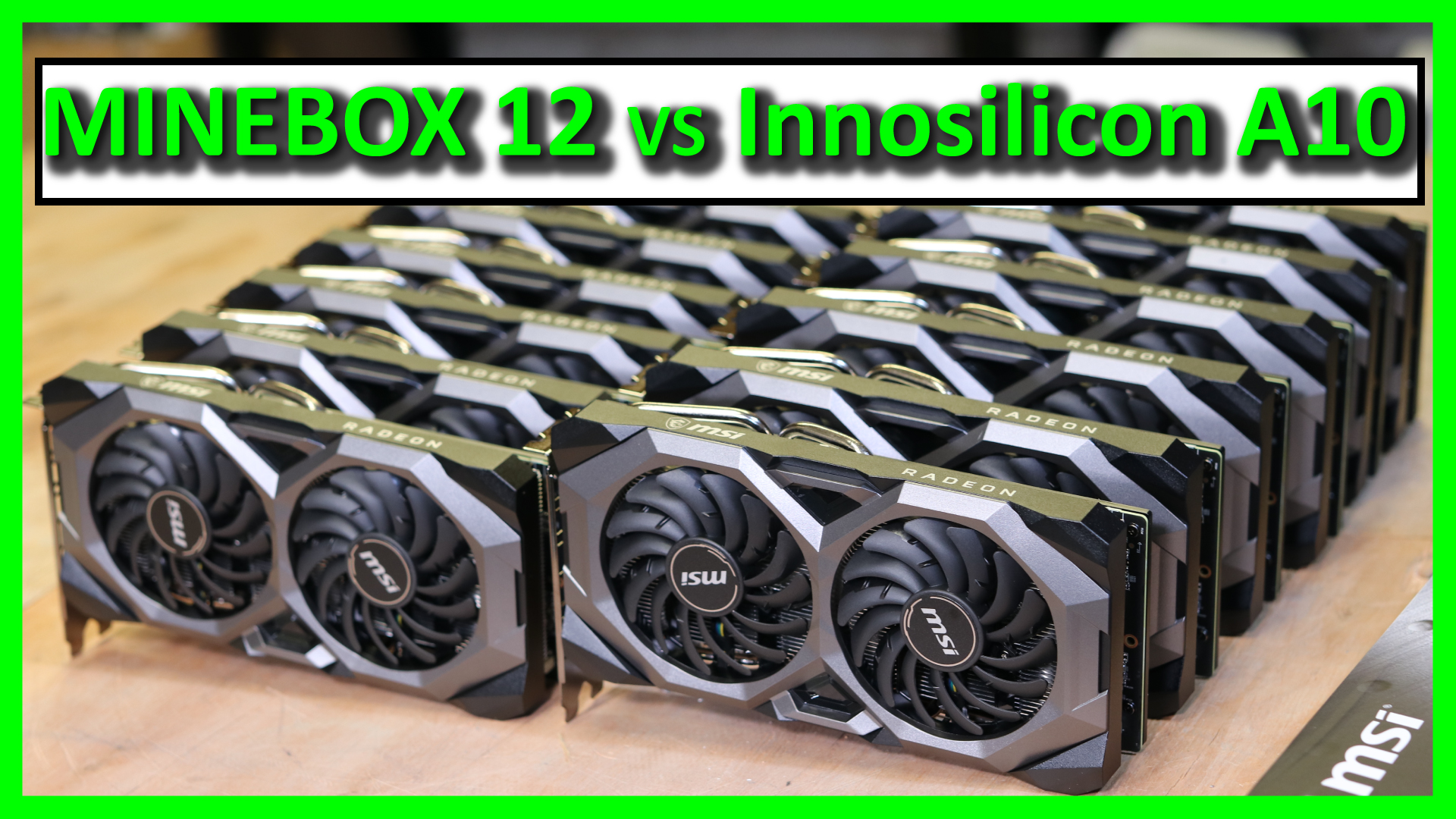 I want to clear out the air about Ethereum mining. The GPU mining vs Asic mining, is Ethereum now Asic mining Algorithm. Can RX5700 most efficient Graphic cards for ETH mining Compete with Asic miner A10.

For the last day i have been working on some stats and ROI for 2 types of investment for 12xGPU RX5700 MineBox 12 mining rig and Innosilicon A10 ETH ASIC miner. My goal was to let the data speak about it self and then make a decision what is better investment for ethereum mining GPU or ASIC. Im compering 2 most efficient miners :

Miner price is about the average would it cost to you 12xGPU mining rig might cost you 100-300 cheaper if you would build one yourself. Innosilicon A10 would cost you lot more if you would like to import it out of China. Price would be closer to 3500euro + you would need to buy power-supply for it.

I have created google spreadsheet and inserted the GPU data and performance by the current currencies price and mining profitability. Included also my thoughts about advantages and disadvantages using GPU or Asic miner:

Opinion based on mining profit data. We can see that MineBox 12 ROI if electric price is free or very cheap is faster then ASIC miner A10. And even at 0.10c a kw/h at current Ethereum price there is only 80day difference on Equipment payback time. But the biggest thing is for example when your miners are paid back your investment. You still are available to resell your MineBox 12 hardware for other use case or just mine different coins. Where with Innosilicon A10 you can throw it into bin as soon as ETHASH coins are not profitable to mine. This is the biggest downside of Asic miners. So to answer your question is ETH asic mining coin. My answer would be Yes ASIC miners are slightly more profitable , BUT they are not worth the risk you are getting by buying one. Also you can see clearly that GPU miners has lot more advantages then Asic miners. The difference on ETH miners are not so noticeable then like it was Bitcoin GPU vs ASIC mining. There is still profit to be made with GPUs mining ETH. If ETH switches to new POW ProgPOW , again another benefit for GPU rigs as the same GPUs are quite efficient mining ProgPow. Buying and Asic miner there is to much risk, saying from experience. Have lost a lot of money, my last adventure bought 5xAntminer S17 back in November and 4 of them hashing boards stopped working after 1st week. Not counting the previous purchases Antminer D3 etc..

Let me guys know what you think about this, would your rather use ASIC miner for mining ETH of GPU miner?