Im very exited about this new Monero mining algorithm switch from Cryptonight V8. I know many people are frustrated and not happy about this, as they have invested ton of money in GPU mining rigs. And this new RandomX mining algorithm will basically make these gpus non efficient for mining Monero. Main features of RandomX is that it will be most efficient to mine with CPUs.

As i really do love mining, im exited from that stand point. What this CPU mining will really bring? What kind of profits to expect? There haven’t been any profitable CPU mine-able coins recently, so my thoughts are, people preparing for this? As i understand that miners doesn’t have a lot of CPUs, so network hashrate could be very low at launch. And low hashrate means big profits. Of course i could be wrong :). Another thing is that if the hashrate of Randomx will be low it doesn’t mean it will stay low.

So i have been starting to test some hardware for RandomX. What i think i will be doing is upgrading my current rigs with high end CPUs. And do dual mining, mine ethereum with graphic cards and monero with CPU for example with the same mining rig. Think this would be the most optimal way, to not spend any more money on new hardware, just the CPU. Only problem i face is that, by benchmark testing https://randomx.monerobenchmarks.info/ . Ryzen latest CPUs seems to be most efficient when it comes down to RandomX mining. But most of my mining rigs are built on Intel boards. I have couple ideas what i think i will implement in my next tutorials.

But in this i want to go trough some Intel CPUs and see what are the benchmarks. The only thing i forgot measure the power usage in mining process. But this is not a big deal, you can look up CPU power usage by its maximum performance. Also in testing i didn’t use any OC on CPUs, all of them are stock. I have been testing these CPU on hiveOS, where you can launch multiple miners simultaneously. And this allows me to easy mine different coins with same hardware from one rig. 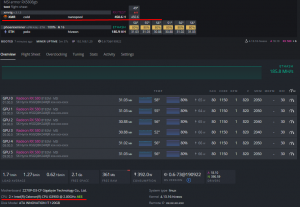 2. Intel Pentium G4400 , also one of the low end CPU from Intel. This CPU retail price is about 50€.  Performance/benchmark – 725 h/s. Which is equivalent about the same as two RX 570 on new RandomX mining Algorithm. 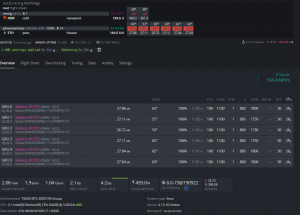 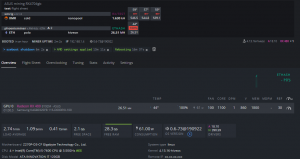 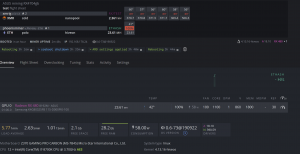 Some people are claiming Intel i7 8700k overclocked can reach 3.5-4 kh/s. Which is a great performance for one CPU if you are comparing it to Graphic cards. But if you are using lates Ryzen 3800 or 3900 series cpu the performance is even better. Some  Ryzen 9 3900 overclocked reaching 14 big fat kh/s , which is a monster RandomX mining CPU in terms of price per hash and hash per watt. I have Some Ryzen CPUs on the way and will do some testing also, so subscribe it to not miss it.

It will be interesting to see what RandomX will do to Monero hashrate. In my opinion it will be higher as it is in a first week of algorithm switch as the CPU are much more efficient as gpu for it.